Posts Tagged With: One day trip to Udaipur

How to make most of your ‘One day trip’ to Udaipur, Rajasthan!

Posted on September 7, 2017 by Untraveled Routes

A bundle of must have experiences at the ‘City of Lakes’

Udaipur city stands as a testimony to the living heritage and eternal legacy of the Sisodiya dynasty. Sisodiyas ruled the city for over 1200 years. The origin of Udaipur dates back to 1559 AD when Maharana Udai Singh met a sage who blessed the Maharana and advised him to build a palace at this favorably located spot.

Udaipur is a visual treat with it’s shimmering lakes against the backdrop of Aravali Hills, formidable palaces showcasing heritage and enticing structures with distinctive artwork.

Honestly, you must stay in Udaipur for at least 2-3 days to soak in the beauty but even if you can visit this beautiful city for a day, here is how to get the best of it –

There are several options located in proximity to Lake Pichola, depending on the tourist flow the charges might vary. The tariff lies between INR 2,200 – INR 4,000 for a decent room subject to further negotiation.

Placed in tiny lanes these hotels look precarious at the first sight but not to worry they are fine 🙂 So find a place close to Lake Pichola, you’re going to love the dawn and will have a dinner to remember overlooking the ethereal Lake. Almost all of them have open roof top restaurant where you can enjoy candle light dinner with the moon gazing at you It’s awesome!!! 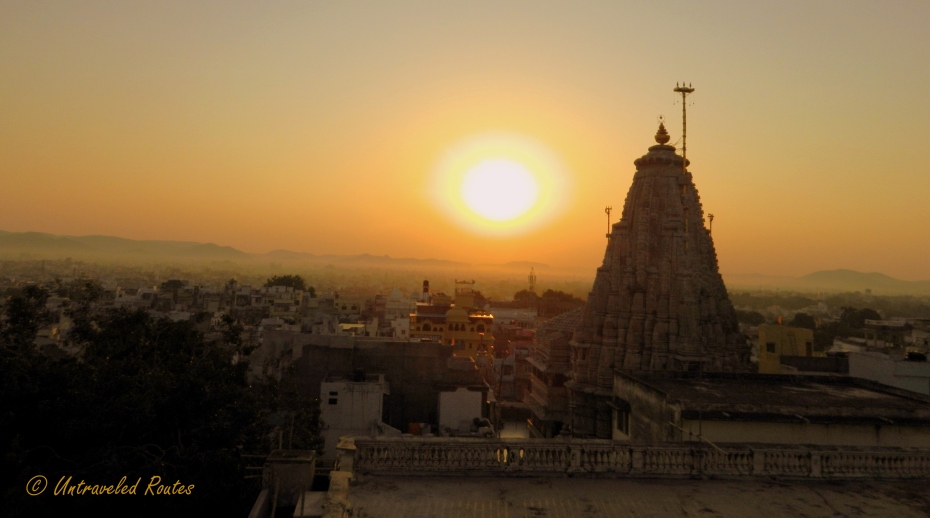 Wake up to a lovely morning !!!

One can easily get a Motorcycle for full day here at reasonable prices, you can choose from a variety of options! Having a scooter / bike makes movement much easier and adds zeal to the experience. You’ll need important documents namely – Driving License, Address Proof and Passport size photo for submission. They may ask for Passport / Visa if you’re a foreign tourist.

The Lake is pear shaped, surrounded by Aravalli Hills on three sides and contains three small islands – the largest being Nehru Park, second island is also converted into a public park & the third one addresses Udaipur Solar Observatory, which is the best solar observing site in Asia. The islands are accessible by inboard motor boats.

City Palace is a palace complex situated on the banks of Lake Pichola and has several palaces built within, the construction of these Palaces took over 400 years with improvisations from each succeeding ruler. Lake Pichola is the oldest and one of the largest lakes of Udaipur built by Pichhu Banjara during the ruling period of Maharana Lakha in 1362. 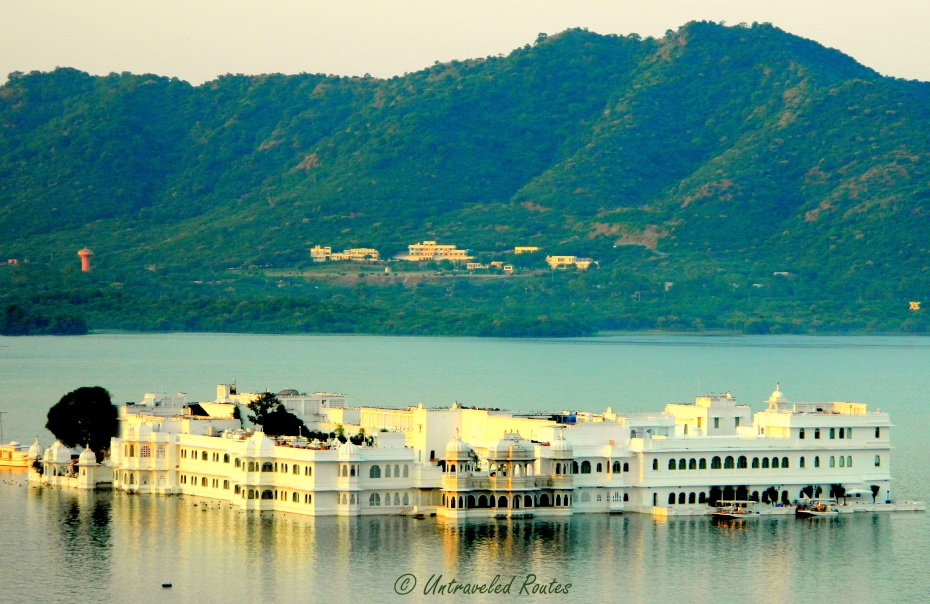 City Palace is an architectural blend of Medieval, European and Chinese styles. It actually comprises of 11 palaces, there have been additions to the original palace with change in the rulers. Main entrance is through the triple-arched gate – The tripolia, built in 1725. END_OF_DOCUMENT_TOKEN_TO_BE_REPLACED