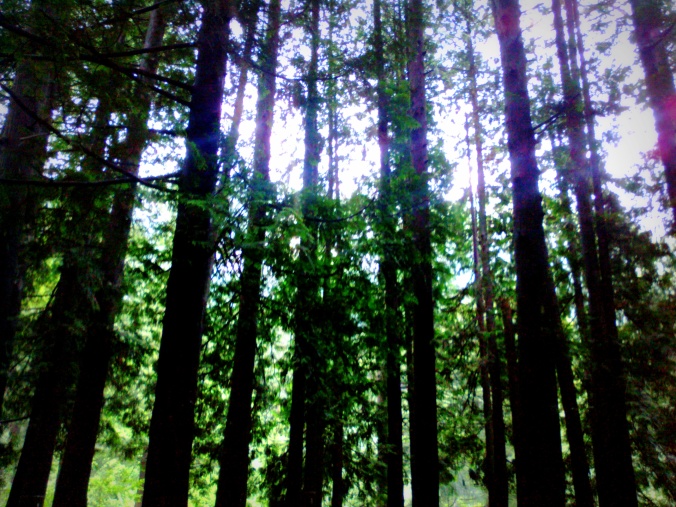 Heavy showers began flooding the city; the rainfall estimates broke record of a decade. The traffic on the national highway (NH 21 leading to Manali) was upsetting but we still hung up our hopes. After 6 hours of crawling through the traffic we got to know that the bridge that connects to Manali had collapsed. And thus on the first night of our trip (13th Aug) we were struggling to figure out options to spend the night forget about reaching our destination. We were conditioned to look for stay options at a place called Mandi.

Next morning, we hit the roads early, though the traffic was still heavy but not maddening and therefore somehow we managed to reach Manali on 14th afternoon. While we were evaluating our stay options we got to know from the managers (pretty much in every single hotel we checked) that this has been the wicked rainfall in years and they had no visitors because lots of people were stranded etc. Anyways (exhausted as we were) we spent our day doing local sightseeing in Manali covering the most predictable places like the Hadimba Devi Temple, botanical park etc 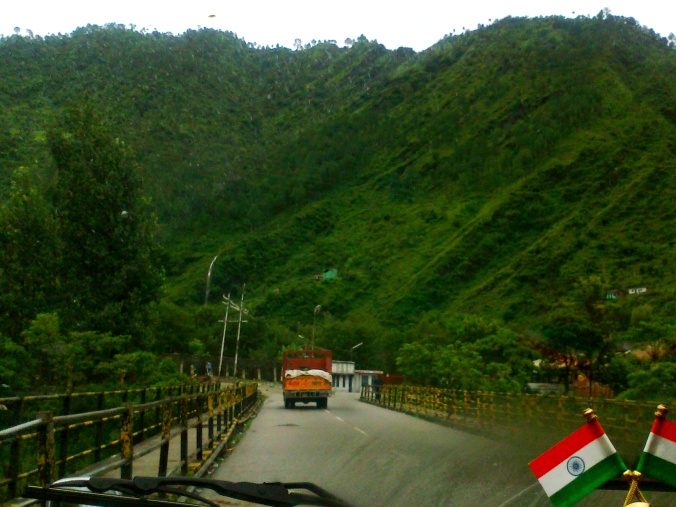 Another day another SETBACK

On 15th morning, the hotel reception suggested we could go to Marhi and then leave in the evening. Though we had no excitement left in us but we thought to give it a benefit of doubt and hired a taxi; the driver went gaga about this place. He stopped at this shop. No. 87 for the skiing gear and all, on the false pretext that this place ‘Marhi’ had soft ice where we could ski and all. We paid INR 3000 for winter wear and skiing gear!!!

Oh gosh so crazy it was, we reached Marhi only for another big disappointment. The horse-wala bhaiyas took us for a stride charging anything between INR 800 – 1000 to reach to some stupid point. This point only had some dirty and hard ice and waterfall sort of thing.

So the nexus became clearer to us. The tourists get fleeced just like that.

Disheartened, we left directly for Delhi (we had to join back office on 16th) but destiny had something else in store for us. While taking a turn our car skidded and bang; An ACCIDENT!!!

Whoa! This trip was certainly getting really extreme.

It is very difficult to find a service center or mechanic or anything in hills. Moreover the public transport is not reliable, you will not find autos or taxis.

We could get our vehicle fixed only by evening, it was already dark and we were stranded yet again. It continued raining heavily due to cloud burst and with no street lights or signs in the night we had no idea where we were going, roads were moving in circles, thankfully we just about managed to find a place to stay for the night. I don’t even remember the location.

O God give us strength!!!

17th morning again we hit the roads, after only few hours, we found huge traffic at some random point and cars returning back to the hotels. The policemen handling the traffic told us that Beas River has been overflowing for hours now, the highway is covered with water and road is not visible. Hence no car was allowed to move beyond a point to avoid casualties.

And here we were STRANDED!!!

It was getting very difficult to control our emotions, shocked and angry and helpless we were just compelled to wait. Nowhere to go, for almost 14 hours we kept waiting in our car and then the dark began engulfing the place. There was still no chance of moving, our patience really began to break and hope dwindled to a trickle.

But HOPE kept us together.

There was a government colony close by. We requested one family to let us stay for the night and with God’s grace they agreed. We took refuge with a local family and next morning i.e. 18th finally we left for Delhi.

One hell of a trip was about to come to an end. This was the only trip where we felt happy that we are going back home. Somehow the permutations and combinations went way too extreme.

We could reach home only by 12pm in the night. We heaved a sigh of relief after reaching home, tightly hugged each other and thanked God.

Because everything was okay 🙂 We were together and that’s most important.

Last words, this was year 2011, we have come a long way now but it’s good to share the story because we believe it will be helpful for our fellow travelers and readers 🙂 Experience always helps us to evolve and blossom in life. Life has its own ways to test your grit and perseverance.

9 thoughts on “When every ray of Hope dwindled”