Of many marvels situated in Archeological Park, Mehrauli; a neighborhood in South West Delhi district just a few kms away from the famous Qutub Minar; Jamali Kamali Mosque and Tomb is one of a kind.

Built during the years 1528 – 29, this monument’s architecture was decorated with marble embellishments. The design of the mosque, first of a kind in India, has been appreciated and studied with awe for many years. This mosque and tomb is dedicated to Jamali and Kamali.

Jamali, was a Saint and Sufi poet, who lived between Sikandar Lodi’s reign and that of Humayun. His full name was Sheikh Fazlullah or Sheikh Jamal-ud-din Kamboh Dehlawi. Jamali’s poetry created a special place in Sikandar Lodi’s heart; his works were so impressive that though Mughals conquered India, Jamali remained in the royal court till Humayun’s death.

However, this seemingly just another monument entails more stories and history than one could fathom. Few of them are tough to believe but definitely catch the attention. Let’s get started. 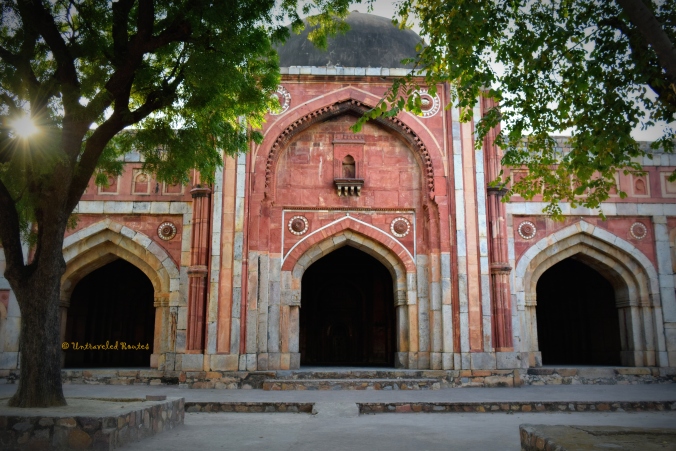 The gushing leaves in the courtyard seem to welcome every visitor alike. As I enter I couldn’t help but observe the structure of the mosque and the red sandstone work is so peculiar of the Mughal Architecture. It reminds me of the works in Akbar’s Tomb, Sikandra, near Agra.

The wazukhana (where the followers cleanse themselves before offering prayers), lies empty now and looks more like a shallow pond but illustrates how meticulously it was constructed back then.

As I enter the elegant Mosque, the architecture takes me to another world. The carved bands and medallions, and five arched openings, and the narrow gallery leading to the second floor; there’s something peaceful about the whole setting.

However, it is believed that the peaceful turns to eerie silence in the evening, the presence of ‘Jinns’ (or the super natural forces) has been confirmed by many stories. Some say, it haunted, I don’t really know. To me, it looks and feels mysterious yet amazing. 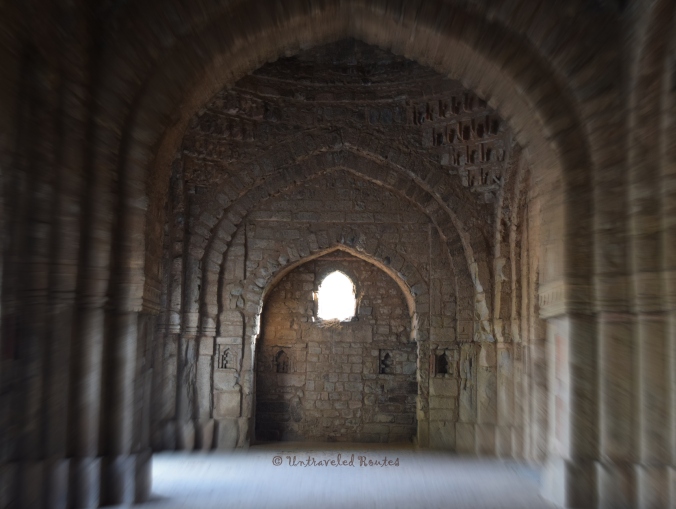 In the adjoining closure, there’s a flat roofed tomb, the entry to this tomb has now been closed, but it’s famous for ornamentation with colored tiles and exquisite patterns embedded with inscriptions composed by Jamali himself. 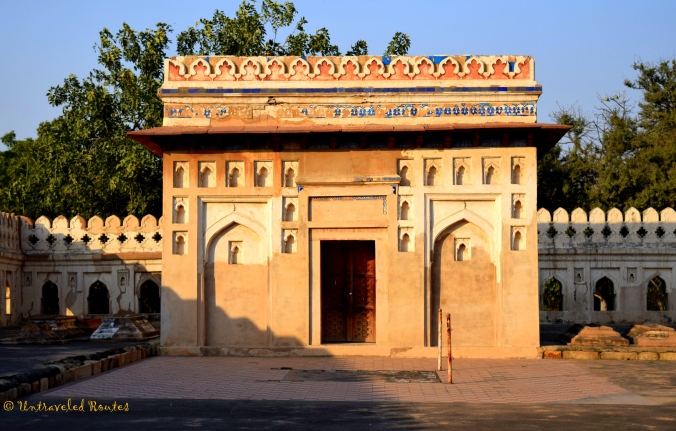 It’s the Jamali – Kamali tomb, Kamali’s relationship with Jamali was a special one as illustrated by the fact that Kamali was buried alongside Jamali. Not much validated information is available about Kamali, however there are many stories speculating that he was – A disciple, brother, friend and / or a lover. Historians, explain that during that era homosexual love was as normal as opposite sex and hence there is a high possibility that this burial side-by-side is extension of promise, made in love of being together forever. Like the Taj Mahal in Agra commemorates Shahjahan’s eternal love for his wife Mumtaz Mahal, the Jamali-Kamali tomb has a similar theory. 1000 years back, who knew mausoleums could elicit such great interest in history.

With myriad questions rumbling in my mind I made my way to another ruined monument, a new story and experience and yet more unanswered questions.

Just like the monuments in the park, this tree also seems to be a mishmash of mysteries and looks like it has witnessed decades!!

Mehrauli is a neighborhood in the South West district of Delhi in India, renowned for Qutub Minar, a minaret that forms a part of the Qutub complex, a UNESCO World Heritage Site. Qutub Minar is a 73-meters tall tapering tower of five storeys, with a 14.3 meters base diameter, reducing to 2.7 meters at the peak. But, there’s more to Mehrauli.

Adjacent to the Qutub Complex, quite an unremarkable entrance on the side of Delhi’s busy roads opens up a world of 1000 year old history from medieval India. It is believed to be only area in Delhi known for 1000 years of continuous occupation. The 100-odd structures spread across 200 acres consisting of ruins of Lal Kot built by Tomar Rajputs in 1060 CE, and architectural relics from the rule of Khalji dynasty, Tughlaq dynasty, Lodhi dynasty of Delhi Sultanate, and some from the Mughal Empire and the British Raj. However, the monuments are in ruins, quite a few totally gone, there are some which are unattributable to any of the rulers or dynasty but fortunately preserved (only now).

In fact, if you explore the area around the park, few kms in proximity, there’s a monument (unnamed) and other park which again has some ruins scattered. I wish these were restored before. I’m sharing few images right now and soon will be posting dedicated posts to cover separate monuments in detail.

The downside of the ‘Mehrauli Archaeological Park’ is that since it was  ignored for a very long time and it is spread across acres, it’s not maintained well (yet), few corners have piles of garbage with pigs roaming around freely. The monuments particularly the ‘Baolis’ stink real bad. I don’t know if it happens in other parts of the world too but in India, men (not all) find pleasure in taking a piss anywhere they like including heritage monuments!!

I really wonder, will this casual attitude ever change? Makes me feel sad.

However, I’m trying to get in touch with the authorities who have taken up the project of rehabilitation and maintenance of the Park to provide the feedback and help them to impose stricter measures to keep the Park clean and hygienic.

Till then, enjoy the pictures and keep exploring Untraveled Routes, I shall soon be posting more articles. I’m aware the frequency of my posts has gone down, Life is keeping me happily busy 🙂 but I do want to publish more. Stay Connected.

Well, this is officially the first post on the blog for 2017 and really long due, my last post was in November 2016 and other major events kept me away from blogging. But here I am 🙂

After much deliberation I zeroed on sharing the experience of witnessing grandeur decorations of the most significant event in India – August 15th, the Independence Day celebrated in 2016 commemorating the 70th Independence Day.

Rashtrapati Bhavan is the official home of the ‘President of India’. The incredible architecture that one witnesses is the culmination of imagination of Sir Edwin Lutyens and Herbert Baker. The mansion has a total of 340 rooms spread over four floors, 2.5 kms of corridors and 190 acres of garden area!! Isn’t that amazing? It is the

However I thought of sharing these pictures earlier but you know how it goes!! 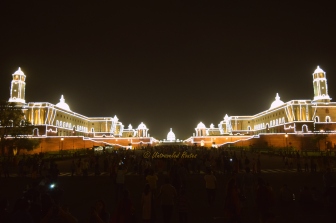 Every year this day is observed as National Holiday, glad to share some magnificent pictures captured by Ashish when the ‘Rashtrapati Bhavan’ looked every inch captivating.

This one is my favorite, I get little biased with reflections and the lights!!

Preparing for the arrival of a new life is an ecstatic time for soon to be parents. Right from the happy news, regular follow-up checkups, medicines, preparing for the D-day and welcome of the baby into his abode for life are times to be cherished forever.

Post baby, all the equations in life change drastically including traveling. Every little thing needs to be planned around the baby to ensure his / her comfort and happiness. No parent wants to mess up even tiniest of the things!! Being a first time mom I totally know the feeling!!!

Our incessant love and zeal for travel couldn’t keep us off the roads for a very long time, so we had one memorable journey during my pregnancy. And once our little love arrived, we continued our exploration spree and baby had his very first road trip at the tender age of 3 months

and has been traveling since!

We call our little bundle of joy – Aayansh (meaning a source of life).

I’m really glad to share my experiences and tips with the parents because I know first time parents are kind of apprehensive about ‘Traveling with a baby’.

END_OF_DOCUMENT_TOKEN_TO_BE_REPLACED

Earlier I had shared stunning images of the roads via Shimla – Kinnaur (NH-22)  leading to Spiti Valley. Continuing from Tapri, the virtual tour is here, enjoy the ride 🙂 I had to limit the pictures till Nako, otherwise it was becoming a huge post.

Tapri to Karcham on the way to Spiti

A little break and a quick walk 🙂 near Karcham 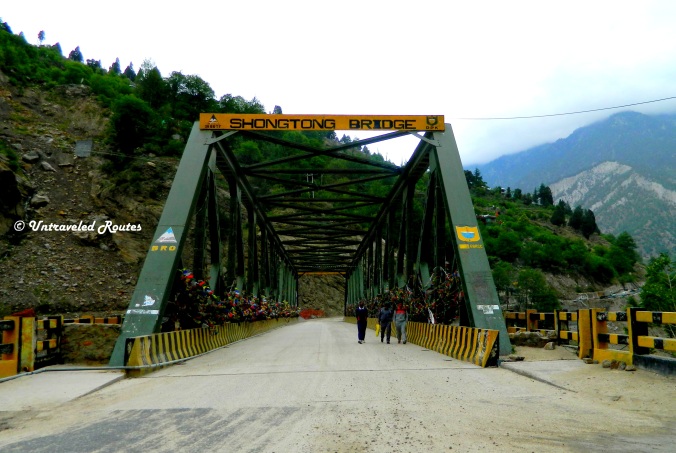 Shongtong Bridge: We observed the bridges on the way were adorned by several Tibetan Prayer Flags and looked so beautiful decorated with them. 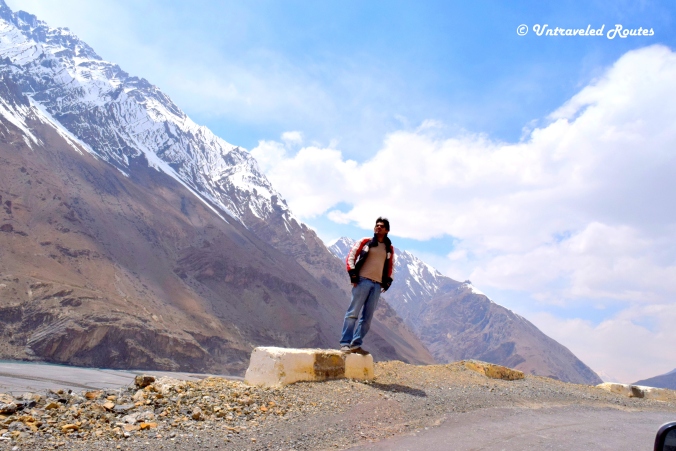 Near Nako :), after crossing Nako one enters into Spiti Valley via Sumdo

The luxuriant green Kinnaur changes to ice capped rocky mountains, you’ll fall in love with scenic beauty and the landscape views!! These sure will give you a feel of the road and help you plan your trip to Spiti, maybe even tempt you to experience the thrill of driving on these roads. I shall be sharing Nako – Tabo – Dhankar – Kaza soon 🙂 and those ones are really beautiful. Till then…..

Visit to Sarahan was part of our recent road trip to Spiti Valley. We did a road trip from New Delhi – Spiti – New Delhi in April 2016 with our 11 months old little love.We reached Sarahan on Day 3 of our memorable journey.

Sarahan has a surreal peaceful charm. Sarahan is a beautiful village , just 17 kms off the main road (from Jeori), adorned by impressive Bhimkali Temple that is 800 years old and gorgeous Shrikand peak views

The architecture of the temple is strikingly beautiful, with the Shrikhand Peak in background the place simply looks truly beautiful. 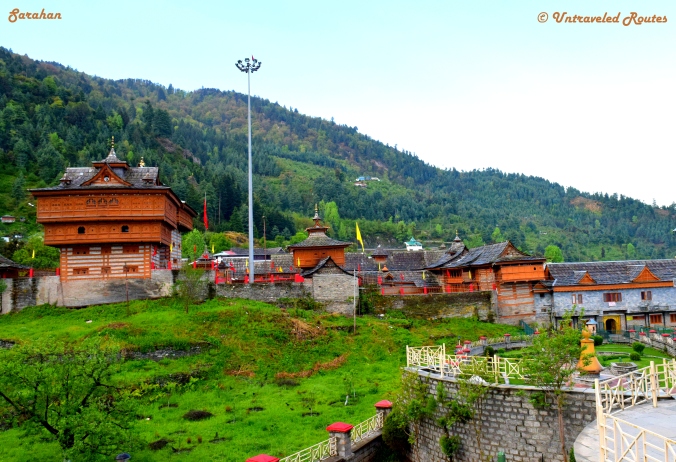 END_OF_DOCUMENT_TOKEN_TO_BE_REPLACED

Shisha Gumbad at Lodi Garden, New Delhi. The tomb belongs to the last lineage of the Lodhi Dynasty. If you would like to travel to New Delhi with Untraveled Routes, do contact us 🙂 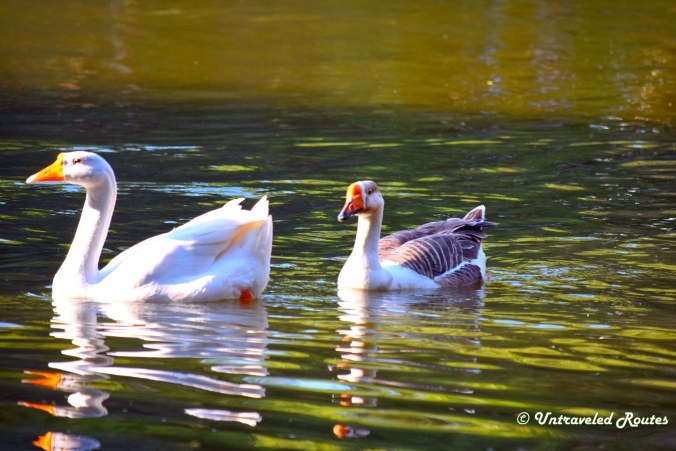 There is a pond located and maintained within the premises. There are pretty ducks here, sharing a beautiful shot….